Cholesterol lowering drugs called Statins are currently very popular and big sellers for large pharmaceutical companies.  AstraZeneca’s drug Crestor (Rosuvastatin) in particular, is billed as a blockbuster “wonder drug” and is now a $2Billion seller.  A recent JUPITER drug study (Justification for the Use of statins in Primary prevention: an Intervention Trial Evaluating Rosuvastatin) published in The New England Journal of Medicine heavily promoted the benefits of Crestor. 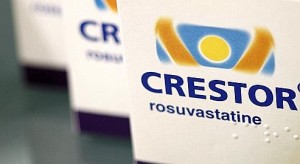 The medical researchers in this study claimed that when patients with no pre-existing cardiovascular disease and normal LDL cholesterol numbers, but with elevated C-reactive protein – CRP (a marker of blood vessel inflammation which may be a sign of cardiovascular disease), were administered 20 mg of Crestor each day, that it greatly reduced their risk for a major cardiovascular event such as heart attack or stroke.

In other words, according to the study, Crestor, a cholesterol-lowering drug, was promoted as having health benefits when prescribed to people who, other than somewhat elevated CRP levels, were healthy, didn’t have high cholesterol and also had no other chronic conditions.

As strange as it may seem now, the media immediately embraced the concept and the drug Crestor.  A star was born.

Impressive at first look, but the main problem with the media accounts was that the media coverage of the JUPITER Study ignored some of its major oversights and significant problems, oddly enough, in a way the benefitted AstraZeneca, the company that funded the entire study and that also manufactures and markets Crestor.

One glaring omission according to the JUPITER Study’s own statistics was that, while the number of heart attacks went down in the Crestor group, the total number of fatal heart attacks went up 50% in the Crestor group, when compared to the placebo group.  This significant point somehow never made it into media accounts of Crestor’s “wonder drug” status.

1.) The entire study was funded by AstraZeneca, the pharmaceutical company that makes and sells Crestor.

2.) The lead researcher on the JUPITER Study is listed as a co-inventor on Crestor patents related to the test for elevated levels of high-sensitivity C-reactive protein, which the study puts forth as a strong indicator for initiating statin use.

3.) The vast majority of the researchers, doctors and other professionals conducting the JUPITER Study, and listed in the citations at the end of the study, were financially sponsored, supported or retained by a veritable “who’s who” of global pharmaceutical companies, including AstraZeneca.

An intelligent person can draw their own conclusions about the objectivity and unbiased nature of such a study, given the above points.

When one looks closely at the study numbers, many seem to only emphasize Crestor’s positive effects, while ignoring its significant negative side effects. According to the study, Crestor cut the risk of a cardiac event (meaning myocardial infarction, stroke, arterial revascularization, hospitalization for unstable angina or death from cardiovascular causes) nearly in half (actually 44%)  for the Crestor group of patients in the study.  Sounds good, but it is not the complete story.

Over the two-year (1.9 year) study, 0.77% of the Crestor study group experienced a cardiac event, compared with 1.36% in the placebo study group. According to the study’s own findings, 120 patients would need to take this very expensive drug for almost two full years in order for a single patient to benefit from Crestor. The risk of taking any prescription drug with known side effects is never to be taken lightly, but in this case with the benefits being cited as so tiny, it makes it very hard to justify taking such an expensive drug without a very compelling reason.

Risk of Diabetes Associated with Use of Crestor

Other than the many known side effects of Crestor, the JUPITER Study actually found and documented another significant and dangerous side effect — diabetes. Media accounts of this “wonder drug” overlooked that physicians reported a full 9% increase in the incidence of diabetes within the Crestor group.  In the study, 270 Crestor group patients developed diabetes over the course of the two year trial, while only 216 placebo group patients developed any form of diabetes. On the web site MedicationSense.com, Jay S. Cohen, MD, author of What You Must Know About Statin Drugs and Their Natural Alternatives, wrote, in a criticism of the JUPITER Study:

A strong consensus exists that until there are more independent follow-up studies to prove that the “wonder drug” claims of Crestor are true and that it is safe, the public must resist being a victim of aggressive marketing efforts by companies like AstraZeneca, or even by their own doctors.  A patient must learn everything that they can about every option at their disposal, and then work with doctors and other health professionals that they trust, to make the best and most informed choices possible regarding their own health.