A recent study found that mothers of infants born with a specific type of congenital heart defect were more likely to have reported taking Wellbutrin (bupropion) than mothers of control infants. They identified a positive association between early pregnancy Wellbutrin (bupropion) use and congenital heart defects. Based on findings published in the American Journal of Obstetrics & Gynecology, children born with cardiac and other congenital birth defects have a possible link to the use of the anti-depressant drug bupropion (Wellbutrin, Wellbutrin SR, Wellbutrin XL, Aplenzin, Zyban) by their mothers during pregnancy.

What is Welbutrin (bupropion)?

In 1985, SmithKline Beecham (now Glaxo SmithKline) introduced bupropion hydrochloride under the brand name Wellbutrin. When Wellbutrin was first introduced onto the market, a high rate of seizures in users caused it to be recalled fairly quickly. In 1996, the FDA approved the drug in a sustained-release version called Wellbutrin SR and, in 2003, an extended-release version called Wellbutrin XL. Bupropion (Aplenzin, Wellbutrin, Wellbutrin SR, Wellbutrin XL, Zyban) has been prescribed to treat depression and in some cases has been prescribed to assist in smoking cessation treatment. Bupropion (Wellbutrin XL) is also prescribed to treat seasonal affective disorder (SAD; episodes of depression that occur in the fall and winter each year). Bupropion is in a class of medications called antidepressants, and works by increasing certain types of activity in the brain. 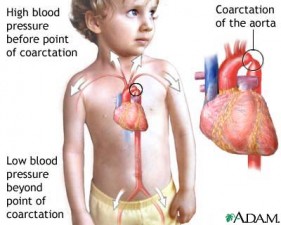 The most common heart defects found involving Wellbutrin (bupropion) were left outflow tract defects. Left outflow heart defects affect the flow of blood from the heart’s left chambers to the rest of the body. The most common type of left outflow tract heart defect was coarctation of the aorta (CoA) — a narrowing in the body’s main artery. In another recent study, researchers also found that among more than 12,700 U.S. infants born between 1997 and 2004, those whose mothers used Wellbutrin (bupropion) during early pregnancy had more than double the risk of these same heart defects. If you have a child suffering from congenital heart defects or other severe congenital malformations and you were prescribed Wellbutrin during pregnancy, you may have a cause of action against Glaxo SmithKline, the creator of Welbutrin.

For years, antidepressant drugs like Wellbutrin, Lexapro, Celexa, Prozac, Zoloft and Paxil have been linked to cases of serious congenital heart defects, which may include atrial septal defects (ASD – Hole in the Heart), ventricular septal defects (VSD – Hole in the Heart), tetrology of fallot (ToF),  hypoplastic left heart syndrome (HLHS), transposition of the great arteries (TGA or TOGA), patent ductus arteriosus (PDA), total anomalous pulmonary venous return (TAPVR), and coarctation of the aorta (CoA).   In many cases, surgery is required when a child is an infant or toddler and then again, potentially multiple times, as the child grows to maturity. Many congenital heart defects are treatable when they are diagnosed and addressed early.  Children may be able to lead mostly normal and productive lives following medical attention.  However, in some cases the only viable option to  preserve the child’s life and correct these severe heart defects involves a heart transplant.

In Wellbutrin lawsuits involving catastrophic injury or death, an individual lawsuit, in most cases, is more appropriate and in the plaintiff’s best interest. Antidepressant drugs like Wellbutrin, Lexapro, Celexa, Paxil, Prozac and Zoloft have been linked to severe congenital heart defects, including: atrial septal defects (ASD – hole in the heart), ventricular septal defects (VSD – hole in the heart), tetrology of fallot (ToF), hypoplastic left heart syndrome (HLHS), transposition of the great arteries (TGA or TOGA), patent ductus arteriosus (PDA), total anomalous pulmonary venous return (TAPVR), and coarctation of the aorta (CoA). Wellbutrin cases such as these are better suited to an individual Wellbutrin lawsuit because of the severity and degree of injury to the plaintiff. In an individual Wellbutrin Lawsuit, each plaintiff’s case is filed, presented and considered individually, based on its own strength and the degree of injury.

In many cases involving antidepressants like Wellbutrin, Lexapro, Celexa, Paxil, Prozac and Zoloft and the serious congenital heart defects related to these antidepressant drugs, surgery is required. Heart surgery will typically be required when a child is an infant or toddler and then again, potentially multiple times, as the child grows to maturity. In many cases, with surgery and medical care, children may be able to lead mostly normal and productive lives. An individual Wellbutrin lawsuit allows each Wellbutrin victim, their injuries and their future needs to be considered on an individual basis when determining damages, awards and settlement amounts, and not as part of a class action lawsuit.

If your child was born with a severe birth defect and you were prescribed Wellbutrin during pregnancy, please contact our law firm immediately to discuss your legal rights to file a Wellbutrin Lawsuit and for information regarding a Wellbutrin Class Action Lawsuit. Please keep in mind that certain states have filing deadlines or statutes of limitation that limit the amount of time you have to file a lawsuit or seek legal action. Speak to a Wellbutrin lawyer if your child has been born with Coarctation of the Aorta, other congenital heart defects, required open heart surgery, or required a heart transplant to correct a Wellbutrin related congenital birth defect.

Our law firm has assisted thousands of clients over the past twenty-seven years and thoroughly understands pharmaceutical product-liability and drug litigation. You are not alone. Contact us today for a free and completely confidential Wellbutrin Side Effects lawsuit evaluation. Talk to a Wellbutrin Lawyer now about your rights. Please fill out our online form or call our law firm toll free at (800) 883-9858.