Mirena is known as an intrauterine system (IUS) or intrauterine device (IUD) which is meant to be inserted by a medical professional during an office visit. Mirena IUDs
release levonorgestrel (LNG) into the uterus for birth control. Levonorgestrel is a synthetic progestogen. Only a small amount of the levonorgestrel from a Mirena IUD actually enters the blood stream.

Mirena IUD was approved by the Food and Drug Administration (FDA) in December of 2000. It may remain inside the uterus for as many as 5 years. More than 2 million women in the United States use a Mirena IUD and more than 15 million women worldwide.

Mirena IUD and the FDA

The Mirena IUD is not currently regulated as a device by the Food and Drug Administration (FDA). It is considered a drug due to the fact that it releases levonorgestrel. Mirena was approved in 2000 by the FDA for the sole purpose of intrauterine contraception. In 2009, the Mirena IUD was also approved for the additional indication of heavy menstrual bleeding. 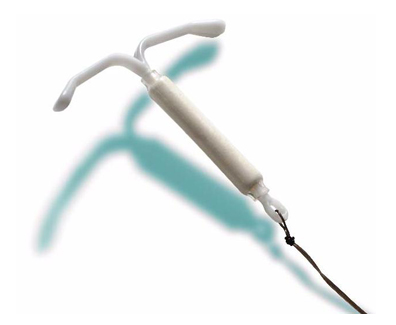 About the Mirena IUD

The Mirena Intrauterine Device (IUD) is shaped like a ‘T’ and made out of polyethylene with a steroid reservoir surrounding a vertical stem. The body of the T-shaped IUD is 32mm by 32mm. There is a loop attached at one end of the vertical stem which has a monofilament brown polyethylene removal thread. The reservoir of the Mirena IUD contains 52mg of levonorgestrel which is released at a rate of 20 micrograms per day at first. The rate of dispersion decreases to half that after 5 years.

How Does the Mirena IUD Work?

Estrogen is not part of the Mirena IUD. Estrogen is a hormone often used in combination with progestin in many oral contraceptives.

There are various potential Mirena IUD side effects that the manufacturer makes note of in the packaging. Among those is Ectopic pregnancy which is believed to affect approximately 1 in every 1000 users. Ectopic pregnancy is pregnancy in the fallopian tube.

Another possible Mirena IUD side effect is an intrauterine pregnancy which brings on septic abortion and congenital anomalies. There have been 9 reported cases of Group A streptococcal sepsis (GAS). Also, the warning information contains 6 pages about the risks of pelvic inflammatory disease (PID) associated with the use of the Mirena IUD.

What the Manufacturer Didn’t Tell you About the Mirena IUD

The Mirena IUD package information does not warn patients about the risks of spontaneous migration of the device causing perforation after the Mirena IUD has been implanted. Patients are not told that once they leave the doctor after a successful Mirena operation, the Mirena IUD may still wander from its proper place, perforate the uterus, and become lodged in the intra-abdominal space. If the Mirena IUD protrudes through the uterine wall, it may become embedded in the omentum or other abdominal organs causing infections, abscesses, and adhesions.

The most severe types of Mirena IUD lawsuits may be similar to the following. A 22 year old women who had a Mirena IUD suffered a perforation of her uterus at 18 months after insertion. The woman developed a severe infection which required emergency surgery to remove her appendix, uterus, both ovaries, and both fallopian tubes. She endured the ICU on a ventialter, septic shock, and 5 weeks of home antibiotics via PICC line. She has survived, but is now infertile.