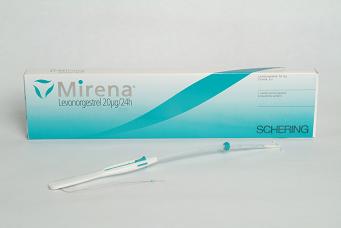 The Mirena IUD, or intra-uterine device, is a plastic piece of equipment containing the birth control hormone levonorgestrel. Levonorgestrel causes adjustments to the cervical mucus and uterine lining which makes it more difficult for sperm to get to the uterus and more difficult for a fertilized egg to become attached to the uterus. In the Mirena IUD, the device is put in the uterus where it releases a controlled dose of levonorgestrel to halt pregnancy for as long as 5 years. Manufacturers claim that Mirena is most effective among women who have had at least one child and who are in a stable sexual relationship.

The Mirena IUD can also be used among women who suffer from heavy menstrual bleeding who opt for an intrauterine solution. Of the levonorgestrel that is released into the uterus, only a small amount reaches the woman’s blood stream.

It is recommended not to use the Mirena IUD if the woman suffers from unusual vaginal bleeding, out of control infections in the pelvis, any condition affecting the shape of the uterus, breast cancer currently or in the past, liver problems, cervical or uterine cancer, poor immune system, or if she already has an IUD in place.

There have been many different reported Mirena IUD side effects by women around the country. Some of the most serious Mirena IUD side effects may include: severe cramps and pelvic pain, heavy or long-lasting vaginal bleeding, unusual vaginal discharge, pale skin, easy bruising, fever, chills, sudden numbness or weakness, severe headaches, or jaundice.

Doctors recommend seeking immediate medical attention if you experience any of the following Mirena IUD symptoms which could be a sign of an allergic reaction to the hormone levonorgestrel: hives, difficulty breathing, swelling of the lips, face, tongue or throat.