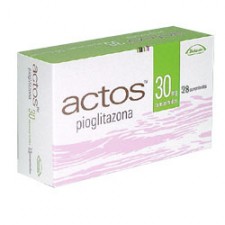 The FDA released a safety announcement on June 15, 2011 informing the public that the use of Takeda Pharmaceutical’s medication Actos (pioglitazone) for diabetes for over a year may be associated with an increased risk of Bladder Cancer from Actos. Takeda’s Actos will now be required to add information about this increased risk of bladder cancer to the label of the diabetes medication.

Actos is a drug made by the pharmaceutical company Takeda to treat type-2 diabetes. In 2008 Takeda’s Actos (pioglitazone) was the 10th highest selling drug in the United States, with sales over $2.4 billion. Actos is in the same class of drugs as Avandia (rosiglitazone), which has had a correlation with increased risk of heart problems. Due to the increased concerns about Avandia, sales of the drug Actos have increased greatly in recent years.

Recent studies performed by the FDA and French officials have suggested that there may be an increased risk of bladder cancer with the use of Actos (pioglitazone). Some possible symptoms of bladder cancer caused by Actos may include some or all of the following:

Many of our clients have seen our nationwide Actos lawsuit television commercial discussing the dangers of Actos and bladder cancer. What the Actos TV commercial and Actos ads don’t discuss is the increased risks to some Actos users of having heart attacks and strokes. For more information, please read: Actos Risk of Heart Failures. If you or a loved one have taken Actos and developed bladder cancer or had a heart attack while taking Actos, then contact our law firm to discuss your legal options. Additional information: Diabetes Drug Actos and Bladder Cancer Lawsuits.

If you or a family member took Takeda Pharmaceutical’s drug Actos (pioglitazone) and you have developed bladder cancer, we encourage you to contact a pharmaceutical lawyer at our firm immediately. An experienced pharmaceutical products liability lawyer at the Willis Law Firm can assist you in legal action in a potential Actos bladder cancer lawsuit against the makers of the drug.

Please fill out our online legal evaluation form to the right or call 1-800-883-9858 and we will contact you within 4-12 hours for a free confidential case review. Contact our law firm immediately so that we may explain the rights and options available to you and your family.