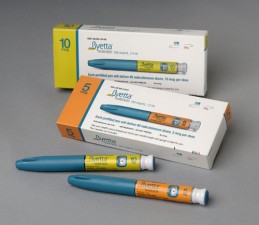 Pancreatic cancer is one of the most deadly forms of cancer in the United States for multiple reasons. It is incredibly frightening to be told that you have pancreatic cancer, and many people feel like they have no options. If you or a loved one has been diagnosed with pancreatic cancer and you think it may have been caused by taking prescription diabetes medication you have options. Our law firm is currently accepting potential Byetta Pancreatic Cancer Lawsuits against the makers of the drug.

Byetta is part of a class of drugs called GLP-1 receptor agonists, and it was approved by the Food and Drug Administration (FDA) back in April of 2005 for the treatment of type 2 diabetes in adults. Byetta is manufactured by Amylin Pharmaceuticals and until recently was marketed by both Amylin and Eli Lilly.

The Food and Drug Administration (FDA) approved Byetta in 2005 to assist adults with their type-2 diabetes and to help control blood sugar levels when other drugs weren’t enough. Byetta is typically taken through a twice-a-day injection to stimulate insulin production. In terms of the diabetes drug market, Byetta is a relatively new treatment method.

After receiving this information, the Food and Drug Administration (FDA) ordered Byetta’s manufacturer, Amylin, to conduct numerous studies related to the possibility and implication of Byetta causing acute pancreatitis. Further, the FDA required Byetta to look more deeply into the possibility that Byetta causes pancreatic cancer.

Also, the Food and Drug Administration (FDA) showed some worry that all drugs in the same class as Byetta may have similar potential of causing pancreatic cancer. Another such drug is Januvia that people worry may cause pancreatic cancer. Tests conducted on monkeys and rats have also shown an increased likelihood of developing Byetta thyroid cancer.

Diabetics are typically more likely to develop pancreatitis than the general population, but results from certain studies show that there may be an additional risk of pancreatic cancer among those diabetics who take Byetta to treat their diabetes.

If you or a loved one has developed pancreatic cancer which you think may have been caused by taking prescription Byetta, you are not alone. Many people across the country are currently filing a Byetta Pancreatic Cancer Lawsuit against the manufacturers of the type-II diabetes drug. A Byetta Pancreatic Cancer Lawsuit claims that the manufacturer either already knew about the increased Byetta pancreatic cancer risks or should have known.