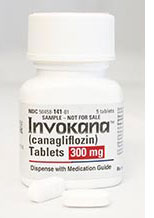 Many Americans that have fallen victim to the horrible side effects of Invokana may be thinking about filing an Invokana kidney failure lawsuit or an Invokana ketoacidosis lawsuit. Many others believe that Invokana and Invokamet both new Type 2 diabetes medicines are endangering 100,000’s of Americans daily and a FDA Invokana Recall is needed to remove this dangerous drug.

Invokana is used to treat Type 2 diabetes by helping to control blood sugar levels. Yet the Invokana side effects may be worse than the underlying problems. Hundreds of Invokana uses have reported new injuries and diagnoses of diabetic ketoacidosis (DKA) as well as heart attacks, strokes and kidney failures. Such severe Invokana side effects can be the basis for Invokana lawsuits on behalf of victims.

Invokana history is now littered with warning signs that the drug can cause great harm. Such history began when Mitsubishi Tanabe Pharma of Japan developed the drug. Several years later, it was licensed to and sold by Janssen Pharmaceuticals, an arm of American pharmaceutical company Johnson & Johnson.

The U.S. Food and Drug Administration (FDA) had approved Invokana for release to the U.S. pharmaceutical market in March, 2013. Such approval was for Invokana to be used as an antidiabetic drug to increase control of blood sugar by helping the kidneys to remove excessive sugar through the body’s urine.

Invokana, in fact, was the first in a new series of drugs called SGLT2 inhibitors to receive FDA approval. It then immediately went on the market.

Ketoacidosis is especially frightening as a defective drug side effect. It can lead to prolonged periods in the hospital, diabetic coma and even death.

When a person using Invokana suffers ketoacidosis, they experience elevated amounts of ketones, or toxic acids. These are produced when the body derives energy by breaking down fat for energy when it’s unable to produce enough insulin for glucose to enter cells and provide energy instead. The result is a high level of toxic acids called ketones in the bloodstream — a potentially devastating Invokana side effect.

Invokana kidney failure or renal failure is also happening at alarming numbers for some Inokana and Invokamet users after only a few short months of use. When kidney failure starts many of these formerly healthy and productive diabetics are now having to endure a life long torture of dialysis and future side effects of renal and kidney failure. When this occurs, sadly much of the enjoyment of life decreases as they are more confined to their medical needs.

Though the FDA approved Invokana, it was only after the drug’s release — as often occurs with a number of other drugs — that dangerous side effects became more fully apparent.

Indeed, an FDA Invokana warning was issued in May of 2015 after the agency received at least 20 reports of persons using such SGLT2 drugs and then suffering ketosis, or diabetic ketoacidosis. Those victims of the defective drug had to be hospitalized between March 2013 and June 2014, while Invokana was being sold.

Since then, even more reports of severe Invokana side effects have been received by the FDA. The FDA’s warning about Invokana in a Safety Communication made note of its connection to ketoacidosis and warned patients to pay close attention to “any signs or symptoms of acidosis such as difficulty breathing, nausea, vomiting, abdominal pain, confusion and unusual fatigue or sleepiness.”

The FDA also warned victims to seek immediate medical attention if they suffer such symptoms. Since Invokana’s release, the FDA has gotten nearly 500 more reports of adverse effects, including kidney stones and urinary tract infections.

Families of patients who have suffered in Invokana injury may need Invokana lawsuits to recover financially. Such injury lawsuits can come from the Willis Law Firm and can seek payments for victims’ medical costs, lost wages and pain and suffering.

Your Invokana lawsuit can hold legally accountable the makers and sellers of Invokana: Janssen Pharmaceuticals and Johnson & Johnson. They must pay a price for their negligence in making and selling the defective drug to unsuspecting Americans.

Notify the Willis Law Firm today about your Invokana kidney failure, heart attack, stroke or ketoacidosis injury, and let us help you explore your prospects for a successful Invokana side effect lawsuit. You may be legally entitled to financial economic recovery for your injury caused by a negligent drug company.