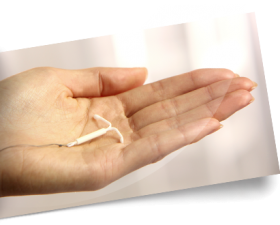 Some possible reasons include that the woman may want to become pregnant, so it is perfectly logical to have the Mirena IUD removal completed to increase the chances of conceiving an infant. As mentioned in another article on this site, there are many potential Mirena IUD side effects. Therefore, another reason that a woman might seek to have the Mirena IUD removed is that the side effects become too much to tolerate.

Medical professionals claim that the Mirena IUD can be removed at any time during the menstrual cycle, but many claim that the Mirena IUD is easiest to remove during menstruation as the cervix is softened naturally during that time. The doctor will determine where the IUD is exactly in the uterus and locate the strings using forceps or clamps to securely grab the strings and pull out the IUD.

An alternate situation in which the Mirena IUD must be removed is in the instance that the device has spontaneously migrated or begun perforating nearby tissue, thus causing alternate Mirena IUD complications. There have been hundreds of cases reported around the country of women who have suffered from Mirena IUD perforation as a result of the potentially defective product.