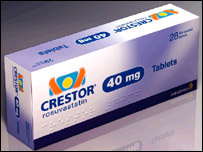 AstraZeneca, the global top-ten pharmaceutical giant and manufacturer – marketer of the popular cholesterol drug Crestor (Rosuvastatin), is being confronted with the possibility of very serious and potentially life threatening sides effects associated its billion-dollar cholesterol drug.  Crestor (Rosuvastatin) is currently a very popular cholesterol lowering “statin” drug (category of all cholesterol lowering drugs).  Through independent research studies, Crestor, because of its unique formulation is being shown to have significantly higher potential risks for certain serious side effects.  According to documentation, the US Food and Drug Administration (FDA) appears to have not been aware of these risks when it approved Crestor for sale in the US in 2003.

One of the major side effects of Crestor (Rosuvastatin) is a potentially life threatening disorder known as Rhabdomyolysis.  Rhabdomyolysis is a muscle disease that depletes muscle-mass and strength in the human body.  Sometimes this muscle depletion occurs only in specific and limited areas of the body, while in some instances, the muscle-mass loss occurs over the entire body.  Regardless of which manifestation of Rhabdomyolysis occurs, the heart is clearly at risk.  In simple terms, Rhabdomyolysis can cause weakness and damage in the most important muscle in the body, the heart.

In a research study conducted by the independent watchdog group, Public Citizen, prescription data for Crestor was compared to that of other statin drugs. This research study showed that Crestor caused rhabdomyolysis almost 22 times more than its lowest dose competitor and 3 times more than its highest dose competitor. These are highly significant results. 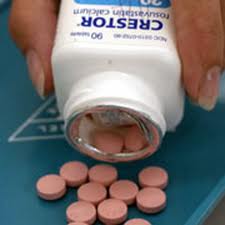 The reason for the study’s outcome is that the higher the dose of the active ingredient, Rosuvastatin, the higher the risk of rhabdomyolysis. AstraZeneca, the Swiss drug giant, promotes Crestor as being the most powerful statin on the market.  This may be true, but at what cost to a patient’s health? Especially since Crestor’s advertised “strength” comes from a significantly higher dosage of Rosuvastatin, its active ingredient. Recent studies have shown that only 10 mg of Crestor (Rosuvastatin) has a significantly positive effect, but these positive benefits plateau and the negative side effects of rhabdomyolysis, heart failure, heart attack, stroke liver failure, kidney failure, and potentially diabetes increase significantly at the higher prescribed and advertised dosages.

At the higher prescribed dosages, Crestor may indeed have slightly better results, but the risks for heart damage, stroke, kidney damage, liver damage and even diabetes begin to far outweigh any possible extra benefits gained. 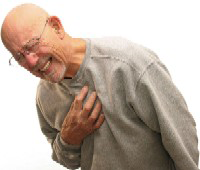 As with all statins a cholesterol patient will notice weakness and fatigue. If this turns into rhabdomyolysis, then the benefits of lower risk of heart attack through lower cholesterol and potentially unclogged arteries is soon undone. The potential problems of higher cholesterol are then replaced with a very real and long lasting disease that may be worse than the original cholesterol problem.  Rhabdomyolysis has the potential to cause a series of serious problems including heart attack, stroke, kidney failure, liver failure, and possibly even diabetes.

John Kjekshus of the University of Oslo and his colleagues conducted a study of 5000 cholesterol sufferers which showed that the benefits of Crestor were not as significant as advertised, when compared to a placebo (non-working dummy medication) in the study, but the weakening of the heart from rhabdomyolysis became a very major concern, especially in patients who were already at risk for possible heart failure.

“Our findings suggest the major cause of death in these patients was likely not to be related to atherosclerotic events, where benefit with statins in non-heart failure patients has been demonstrated, but instead may have been caused by the deterioration of failing heart muscle damaged beyond repair,” John Kjekshus of the University of Oslo said.

There is a difference between a heart attack and heart failure. Heart failure is a hard-to-treat condition in which the weakened heart cannot pump enough blood to meet the body’s need for oxygen, causing shortness of breath or other complications. Heart failure is a leading cause of hospitalization among the elderly.

But at a certain point the depletion of the heart muscle from rhabdomyolysis leads not only to heart attacks, but also to strokes. Strokes are due to the lack of blood pressure flowing through the brain from the heart potentially weakened by rhabdomyolysis. Strokes can lead to paralysis, loss of speech, severely degraded cognitive ability or death.

The Swiss drug giant AstraZeneca produced and heavily marketed Crestor to profit from the increased awareness of high-cholesterol and its potential serious affects on the health of some as they age. Crestor, having a significantly higher dose of rosuvastatin as compared to other statins, makes it unique.  This significantly higher dosage may actually be the wrong approach to the root cause of the problem of high cholesterol. In actuality, this formulation may make the side effects much, much worse, with few if any additional benefits to warrant the increased risk.

The increased dosage of Crestor has been found in a study conducted by Public Citizen to cause Crestor patients to also have renal (kidney) failure 75 times more than other statins. That is a much higher risk of kidney failure with Crestor than with other statins. This is an especially major risk and complication for cholesterol patients who may have already had kidney problems or may be suffering from liver damage at the time they are prescribed Crestor.

These study results prompted a request to the FDA in 2004 that they take Crestor off of the market. The FDA responded to that request with the results of AstraZeneca-sponsored research projects, and a firm refusal. The FDA has currently yet to revise or strengthen the side effects and warnings on the drug package label or order any other independent studies of their own to address these claims or to resolve the issue through research and objective science.

AstraZeneca’s sales of Crestor have been rising steadily with sales of more than $2.5 billion per year in 56 markets around the world. In other words, millions upon millions of cholesterol patients worldwide, some already with diminished heart, kidney and liver functionality, are being put at risk of the serious and possibly life threatening Crestor side effects.  According the referenced studies, Crestor’s side effects include heart failure, heart attack, stroke, kidney failure, liver failure, and diabetes, among other health risks.