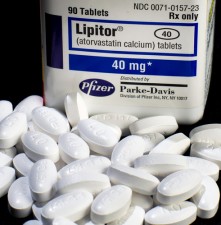 Recently revealed research gathered from medical studies has linked prescription Lipitor with the possibility of causing diabetes. Lipitor is a prescription drug given to lower cholesterol in patients with dangerously high cholesterol. As a result of this latest research, there has been an influx of Lipitor Diabetes Lawsuits being filed around the country.

Lipitor is the marketing name given to drug atorvastatin manufactured and marketed by American drug giant Pfizer. Lipitor is one of the most popularly prescribed medications in history and has enjoyed tremendous success and popularity in treating high cholesterol. Lipitor belongs to a class of medications known as hypolipidemics.

Lipitor functions by preventing a certain enzyme inside the liver from creating LDLs or low density lipids. Low density lipids are a form of cholesterol which block arteries and Lipitor can be successful in lowering cholesterol by reducing the production of these LDLs.

Early in 2012, the United States Food and Drug Administration (FDA) forced Pfizer to offer updated warnings to its label so that it included warnings about the increased risk of type 2 diabetes. Certain other similar medications used to lower cholesterol were also suspected of causing diabetes.

Lipitor May Cause Diabetes

In January of 2012, there was a study published in the medical journal called Archives of Internal Medicine. The study discovered that among women between the ages of 50 and 79 who took medications like Lipitor, they were 48% more likely to develop type II diabetes than the women who did not take drugs like Lipitor for high cholesterol.

There have been three other medical research studies conducted which examined the likely link between type II diabetes and Lipitor. These Lipitor diabetes studies were published in The Lancet, The Journal of American College of Cardiology, and Atherosclerosis.

If you or a loved one developed diabetes while taking Lipitor and you think your diabetes may have been caused by Lipitor, you may be entitled to financial compensation from the makers of Lipitor. Recent evidence suggesting that Lipitor may cause diabetes has given rise to numerous individuals filing a Lipitor Diabetes Lawsuit against the manufacturers.

A Lipitor Diabetes Lawsuit suggests that the manufacturers of Lipitor either were aware of its deleterious effects or would be reasonably expected to have known. If you suffer from high cholesterol, the last thing you want to worry about is type II diabetes. Please contact our law firm today and our team of Lipitor Lawyer experts. All lawsuits are filed on a contingency fee basis which means that you don’t pay anything unless your Lipitor Lawsuit is successful.